Happened across this picture yesterday (click for full original) when someone mentioned Lea Thompson having been in a movie I didn’t recognize her as having been in. Since I’ve always… admired… her, I went and looked, and here we are. 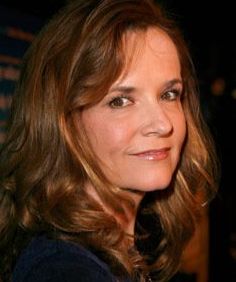 There was a secretary/paralegal at the law firm that was my big client, there forever, chipping away at college and law school on the side over the course of many years. Most people didn’t like her much, I’d say. Or some, anyhow. She could be intense. Just as I often get along with the boss or teacher others dislike, I got along well with her, and there was a bit of admiration going on there as well. Lopsided, but not necessarily one-sided, even if I tend to credit such things too little too late. Besides, I doubt it would ever have worked.

About the same time she finally finished law school, she ended up a disappointment to the firm’s owner, not sure why, and was essentially a non-person, then gone. It would have been weird for her to stay anyway, given that if they hired her as a lawyer she’d be in that new role with respect to fellow support staff with whom she’d had a sometimes feisty relationship.

Along the way, she’d mutually flirted mercilessly with one of the younger, newer attorneys, probably not helping her cause over the course of time. He got divorced at some point, and eventually the two of them ended up married.

Between the initial heat and the eventuality was a period of time in which they were not together, Kim and I were flirting, and there were regular after work outings by some of the people at the firm to the bar area at the 99 Restaurant. At the peak of that, it was almost as if we were on a date, but my actual role was, I assume intentionally, to make him jealous and get them back together. Clearly it worked.

As I was telling Deb, not the only time I’ve been used to cause ultimately a marriage that someone or another desired. In another case it was a girl in college ending up married to her adequately Catholic high school sweetheart, who she was less certain of than her cheering mother.

Tangential verbosity aside, the point of this post is that the above picture could as easily be of Kim. Spitting image, at least of how she looked at one point and perhaps with slightly lighter hair. The face is the same as I remember it. Subject to the foibles of my memory. I was amazed, and that would explain, given my thing for Lea Thompson, why I found Kim so appealing.