This is pretty much here for archival purposes. Practically forget it exists. No fingers lifted, right? Until you’re hacked! So now we’re on a newer version of PHP, which supports the newest version of WordPress and kills the old Expression Engine version of the earlier Blogblivion content once and for all barring special measures (manually adding posts here or finagling a site together of the static pages – 150 of them – I saved to have it in viewable form, not just database entries and memories.

Everything in WP was hacked. Even the lone clog that was already on the latest version after being hacked a couple weeks back without all this company. Unless the hosting has completely gone south, it seems that it’s some combinations of PHP version, WP version, updating themes and plugins, and finally figuring WTF it was on about with refusing to use HTTPS to load the blogs. You have to set the URL to that in the WP settings! Done across the board. I’ll update every password for everything for good measure along the way. This is the second blog with shiny new WP today. The third one on the hosting worked after changing PHP. I deleted a handful of specialty blogs. Easy to fix on the one hand, but more things to deal with on the other. Only a single one is completely cleaned of the crud – mostly hidden links in the posts. This one has almost 700 posts. It’s either go through every post and edit the ones affected, or do the same basic thing through MySQL. It appears that the stuff trails off by around halfway through, or did in a blog with a fraction of this number of posts. Posts near the beginning are more likely to contain more than one. Easy but tedious and slow. I’m hiring one of the kids to help with some of it. Deb’s old crochet blog was affected, for instance.

I really didn’t want to take the whole thing down. Even the places I took down may see content placed elsewhere or may return in the end. This is the early years of the kids. That’s why I carefully saved and organized 150 web pages worth of the early Blogblivion content that I knew I couldn’t keep from crashing when PHP was updated.

Anyway, until one of us goes through it, you should be able to see the weirdness the hack caused if you pay any attention at all to some of the subsequent posts.

At the very least, WordPress being updated might make things snappier and avoid errors that might ultimately make this as unreadable as an old Expression Engine blog that’s been obsoleted by version changes to PHP on the server. Kind of hard to be archival if it can’t be read, eh?

I’ve spent a lot of years having but not much posting on a bunch of blogs, starting with the one that this replaced eons ago despite my better judgement. This may be changing.

Via Drew Johnson at The Agitator

Grabbing this from Daily Pundit, because I’m way too fucking lazy to bother with a local news source. Also, I like his take on it. I thought we’d outgrown these stupid wanna-be moral crusades (excuse me, stupid fucking wanna-be moral crusades), but I guess I was wrong: Swearing in public now punishable by $20 fine in Middleborough, Massachusetts – NY Daily News.

We live in Middleborough, and let me tell you that the first person who suggests that I should have been at the meeting if I disapprove so much is going to hear some very loud and public profanity, because you know what? I was at work, supporting my fucking family. I could always quit and go on the dole instead so I’d have time for this petty bullshit, but I’ve got more pride than that.

Too bad the town doesn’t. I like living here, apart from the sanctimonious idiots.

Comments are closed, because this shit is not up for debate.

To my husband, friend, and companion, Jay “Solo” Ellis.

I’m turning into a Chobani addict. I have yet to meet a flavor I don’t like. And it’s even got actual nutrients in it.

Had a rare interlude of TV available without kids and not needing/wanting to do laundry, dishes, etc., which led me to discover Atlas Shrugged Part 1 was on Netflix. So I watched it again. Went to great lengths to see it when it was in theaters originally. I was surprised at how well it held up for me. The most jarring part remains Hugh Akston , and I found that even more so this time. The current times and economy conspire to make it all the more fascinating to watch.

Jay muses over paying $3/gallon for gas for the first time…in 2006.

To hell with the Chevy Volt. Ban kindergarten! The stacks of paper that come home are obscene.

Woke up this morning and found that we had a distinct lack of hot water. Went down cellar to check on it and found a flood.

Landlord was called , Murphy had fun, and we should have a new water heater in a day or two. 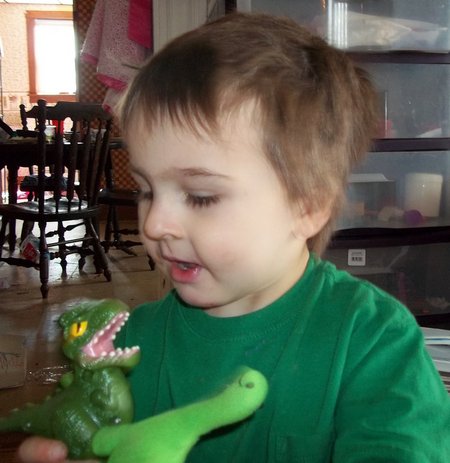 It’s a bit odd reading chapters from The Boxcar Children to Sadie.

You see, Henry’s nickname is Benny. This comes from a combination of his having at times been called Henny, and that having been used in the song The Name Game: Henny Henny bo benny, banana fanna fo fenny, fee fi mo menny, Henny. This had us using Henny Bo Benny a lot, or Bo Benny, and thus just Benny, or Ben, or Hen-Ben. We also sing the song with Henry rather than Henny, but it was the original that stuck, when the girls would leave out the r.

In the book, there are two separate kids named Henry and Benny. It seems weird. 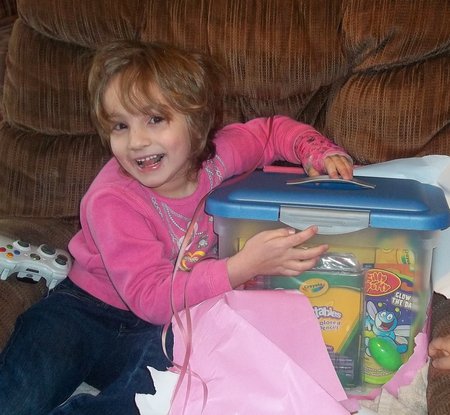 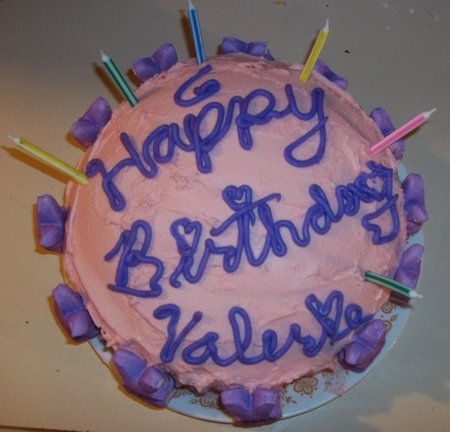 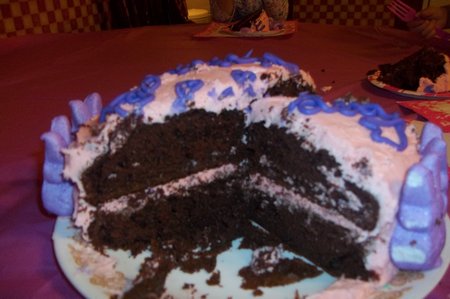 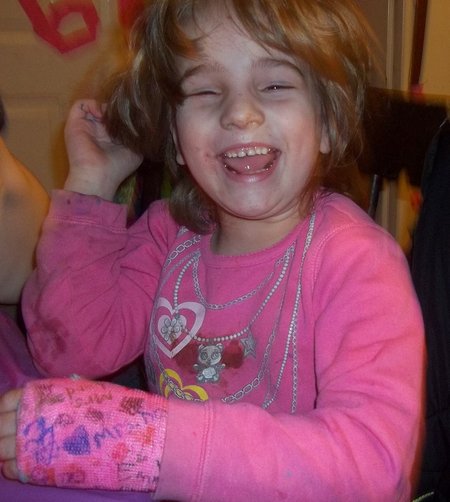 As you see a hint of above, she and the other kids recently got a lesson about roughhousing in the stairwell… 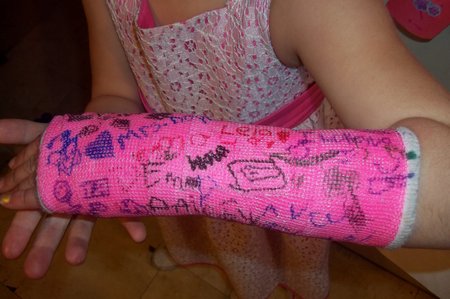 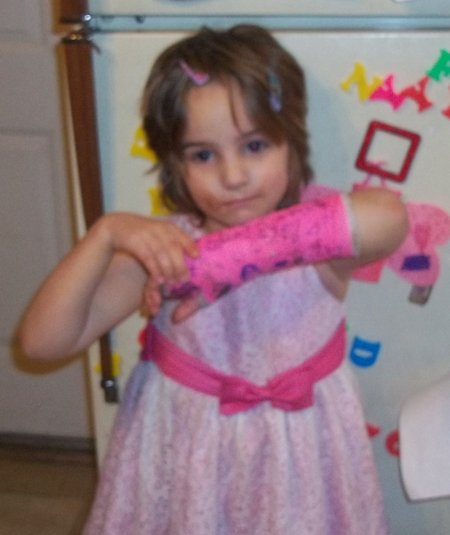 Valerie is in kindergarten and doing pretty well, though a lot of it bores her, and while she’s extremely bright, she is differently so than her prodigal sister. The broken arm is her left, which wasn’t good, since she is overwhelmingly left-handed. She seemed to like all the attention, though. 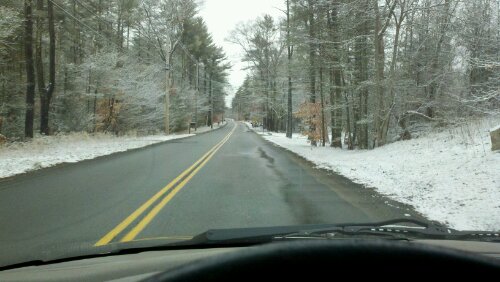 Here we go again. Updated WordPress to the latest I know our database can support. Updated our theme to this awesome new one. Managed to lose my Sitemeter in the process, and don’t even know what e-mail address I don’t get any more they have for that account. Plan to start posting here extensively, so stay tuned. There’s a backlog, but time is often limited.

I remembered our eight anniversary was coming. Then yesterday, eight days later, I remembered again, surprised I had let it pass without recalling or noting it on that day. Made me think.

I also thought it was the first time I’d not publicly acknowledged the date, but it appears the last one I mentioned here was the sixth. “Serious slackers” indeed.

The spouse’s Chevy S-10 has had the service engine light on for months. One of those silly emissions-related things that cost a fortune to fix and seem designed more to support the repair industry artificially than to be necessary to us proles. At least, that’s what my nephew’s device for speaking to car computers said, and that’s usually what it is. $500 for… being able to get a valid inspection sticker for a car that has no other symptoms than conspiring to make you fail an arbitrary regulatory hurdle.

Anyway, the sticker expired at the end of September. Money was tight even to spend $29 on inspection, so you can imagine what the extortive repair would mean. I finally took it today.

I got in the truck, started it up, and… no more engine light!

I couldn’t believe my eyes.

I was worried that it somehow cleared itself, and would be in the same state clearing it electronically would create. If you use a device to clear the error electronically, the computer in the car lacks enough data for the inspection computer to say that it’s working right for emissions. You fail, and have to give it a week or so to accumulate information, then get it retested. Thus if you have a rejection sticker and repair will involve resetting it, you really should get the repair done a week or more before the deadline of the rejection sticker. Otherwise you go over, even if you didn’t want (need) to.

But no… it passed! There were no other problems, and the computers had a friendly chat that resulted in much happiness on my part. Even if there is something wrong, at least we buy time.

As is well known, Henry has allergies to bananas, dairy, eggs, peanuts and tree nuts, and when he was very young was sensitive to salicylates, azo dyes, and some aspect of screen printed ink on many of my T-shirts. He is gradually easing on the egg and milk fronts, in that he can eat foods into which those have been baked or cooked thoroughly, and can eat foods which have been fried in butter, or that contain butter or sour cream cooked into them.

The girls never had evidence worth noting that they might have allergies. Until now.

Valerie had classic allergy symptoms after eating a peach, skin included, and getting the juice on her skin. She had also drank “peach punch,” a favorite juice we sometimes buy the kids when it’s on sale for a dollar per half gallon, but I discount that as a direct factor, with reason. Turns out that onset of peach allergy can be a symptom of the onset of birch pollen allergy, naturally manifesting in the spring, and common in our neck of the woods. Processed, peaches or peach juice might not trigger that the same way a raw peach, skin and all, could be expected to, or so I gather.

It has been several months since we needed Benadryl for Henry – approaching a year, perhaps. It took a solid dose of it – initially I gave her a lighter dose based on what I remembered giving Henry when he was younger – but that and washing thoroughly cleared it up. A bit slowly. She had hives all over her belly, was extremely itchy, was red around her mouth, and had one eye get red and puff up almost closed.

I called the doctor’s office and they lined up a prompt appointment with the allergist. Early next week will be busy! Sunday there’s a beach get-together the kids and I are going to, centered around a friend visiting from Oregon. Monday Valerie has two sessions of evaluations at the kindergarten, seeing just what help she may need with school and how she should be placed. Then we have a brief get-together with someone I haven’t seen since 1976, visiting from Minnesota.

On Tuesday afternoon it’s Valerie’s allergy testing. Should be interesting, since she’ll get a battery of them, and they are notorious for showing allergies that have never been seen to exist in actual practice. Like my grandniece with the peanut allergy that isn’t. Which I suspect may be true with Henry, since that’s the one thing he never showed signs of at all. In his case we won’t take chances, though.